The Sierra Cascade II was our second recipe based off of Sierra Nevada Pale Ale. This one was a bit more complex than our last with some added grains and a different selection of hops.

These have been in the bottle for six weeks now and many of the beers are already gone. I decided I should do a review of one before they all disappear.

The beer pours a rich amber color with a nice head. The foam of the head is made of very fine bubbles, and the head stays throughout the beer. There is a small bit of lacing on the sides of the glass as you drink the beer. 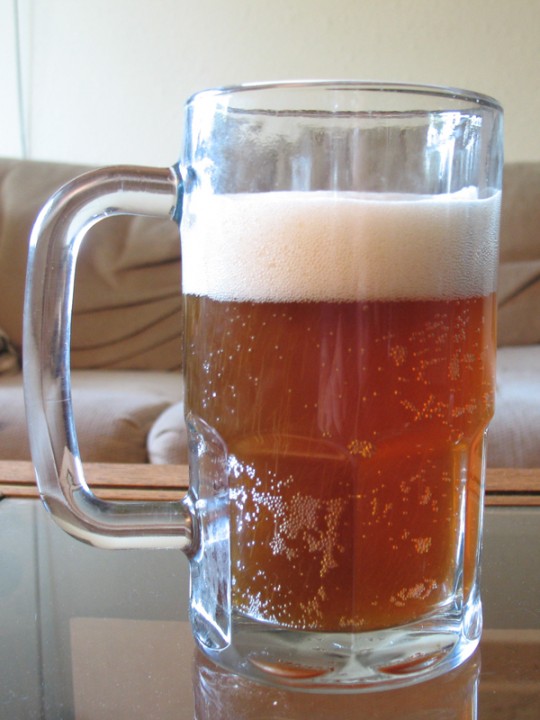 The smell of this beer is definitely full of Cascade hops, but it is not only Cascade hops like the last Sierra Cascade Ale. This has some sharper notes in the hops from the Amarillo used in the boil. The malt also adds a toasted grain smell to the aroma as well.

The malt is more complex in this beer than the last. When you first drink it you immediately taste a toasted grain, almost nutty. The hops then come in and blend with the malts, and the hops stick around for a nice bitter finish. The flavor is more blended now at six weeks since bottling than when I first tried it and I prefer it this way. The hops aftertaste is a little more toned down now, though still fitting for an APA. 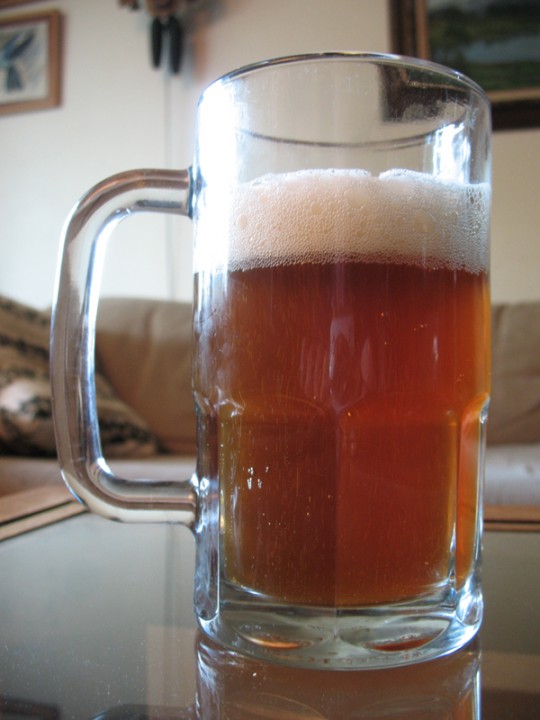 This variation on the previous Sierra Cascade Ale turned out well and was a success. I will be doing some more variations on that recipe in the future, as it is a solid foundation which can easily be tweaked to make many different beers.