Halloween is tomorrow and pumpkins are readily available at stores, which brought this recipe to mind. I decided to try another new style of beer and make up a batch of pumpkin ale. It is a pretty basic recipe for an amber ale, with sugar pumpkin added to the steeping grains and spice added to the boil. It looks like it will turn out good, and similar recipes I’ve seen have gotten good reviews.

The first step was to roast the pumpkin. I cut the pumpkin into smaller chunks, cleaned the inside out, and put them on a baking pan with some water in the bottom. I put this in the oven about 400 F for 30 minutes. I then cut the skins off the pieces and cubed all the pumpkin into 1 inch squares. These roasted chunks were then added with the grain to a steeping bag and steeped at 155 F for 45 minutes. After the time was up, the pumpkin and grain were removed from the wort and sparged with about half a gallon of water.

The liquid malts were then added as the wort was heated to a boil, along with about half a gallon more of water. When the boil started I added all of the Kent Golding hops for bittering, going for a mild 20 IBUs. At 15 minutes left I added the spices and the Whirlfloc tablet to help the beer clear out a bit. At 5 minutes I added the half ounce of Saaz hops for some hop aroma.

11-6-10: Racked to secondary carboy, SG measured at 1.012. A taste test reveals a very subtle hint of pumpkin pie flavor, but definitely in the background. I would like to see this become a little more prominent as it ages. 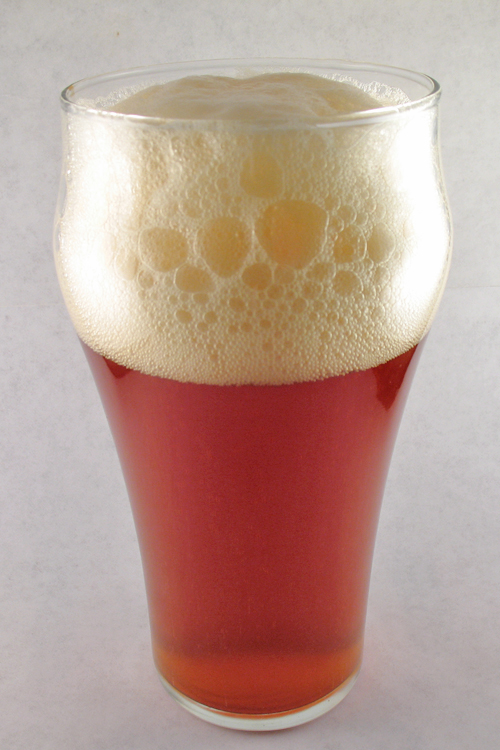 This beer is now over eight months old. It pours with a very frothy golden head. There is a faint smell of pumpkin pie during the pour. 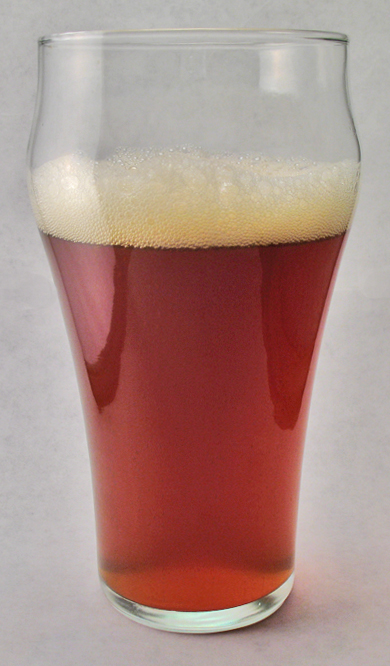 The head settles to about a half inch within a minute or so. This beer has some pumpkin flavor, and the nutmeg and cloves are pretty subtle. If I were to make this again, I might increase the amount of spice used. Otherwise this is a pretty nice pumpkin ale.