Trying something new, we decided to make a Kölsch, a beer I became fond of after spending a semester in Bonn, where it is the beer of choice, owing to the proximity to Cologne (Köln). To try to get the proper taste, we decided to go all-grain, since the brew store carries a much wider variety of grains than of liquid malt extracts.

We started with the following ingredients: 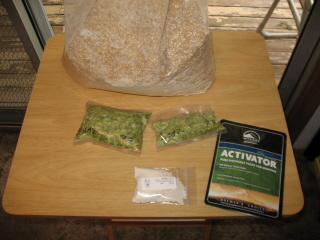 The total cost for ingredients was $25.20, not including the brew salts, since one package of that has lasted for several batches of beer.

We started by activating the yeast pack. Then we heated 2 gallons of water with 1tsp brew salts to about 155F in our 20qt pot. 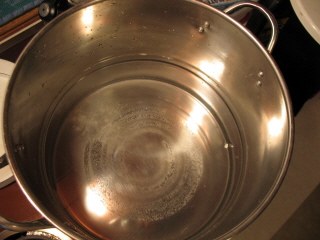 We added the grains. At this point we realized 10.5lbs of grain is a lot and too much for our pot, especially in a grain bag, so we just added them straight to the water and then realized it was way too thick and added another gallon of water, pretty much topping off the pot. We kept the temperature at about 155F and continuously stirred the grains for an hour, although a longer time might have been better as the grains we discarded were still a little sweet, meaning we didn’t get all of the sugars out of them. 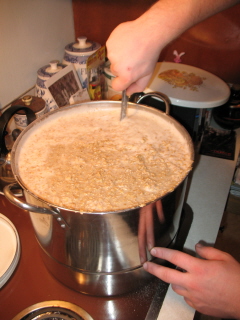 At this point we strained the grains through a 9in strainer, rinsing them with fresh water. We got about 3.25 gallons of wort from this, which we then poured back into our pot through our grainbag (a paint strainer) to get some of the sediment out of it. If we had had more time we would have taken the time to put it through a muslin bag, but since I had to go to work, we were a little pressed for time. 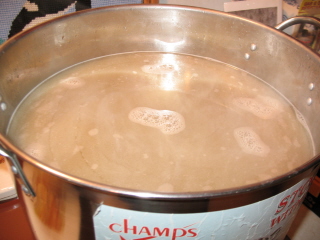 Next we boiled the wort for 50 minutes with the hops added at the beginning of the boil. 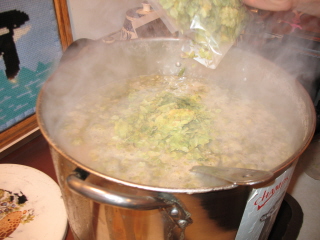 Adding the Hops to the boiling wort 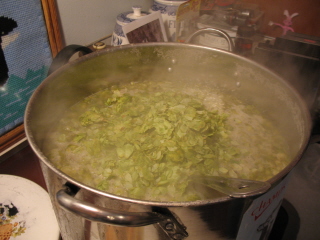 Hops and Wort on the Boil

After this we poured the wort into our primary fermenter bucket onto an 8lb brick of ice, once again through our nylon grain bag, this time to get the hops out, since their work was done. We took a sample of the wort and measured the specific gravity at 1.039 at 95F, so 1.044 after the adjustment. It took a while for the wort to cool to below 80F, at which point we pitched the yeast, capped the bucket and sent it to the furnace room for fermentation at about 65F. 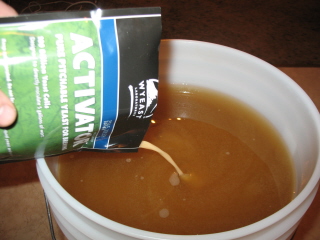 After a week, we racked it to secondary carboy… 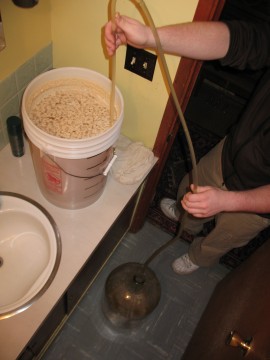 …and placed it in a closet in our basement that stays about 55F. 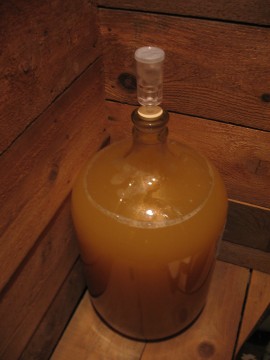 Placed in the closet for lagering

Left it there for 6 weeks, after which it was a nice clear amber color. 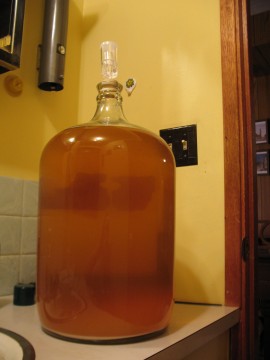 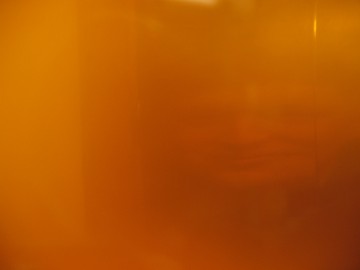 One of the Sterr Bros through the Kolsch