The Double Barrel Stout, or as I like to call it, the Beerskey, is finished and ready to drink. So, with the advent of this blog, I figured I would put up a brief review of the beer to say how it turned out, and to make any comments for future reference.

The beer was bottled in dark brown 12 oz bottles, with black caps. Appears to be very dark from the outside, letting almost no light through when held to a light. 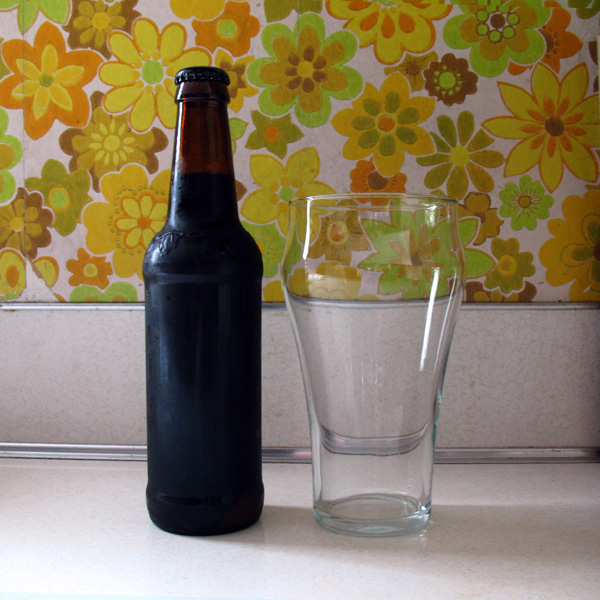 The beer pours very dark and has about a 1/4 inch of head, which dissipated within a couple minutes. There is a definitive aroma of whiskey when first poured. Notes of toasted wood roasted grains are also present. 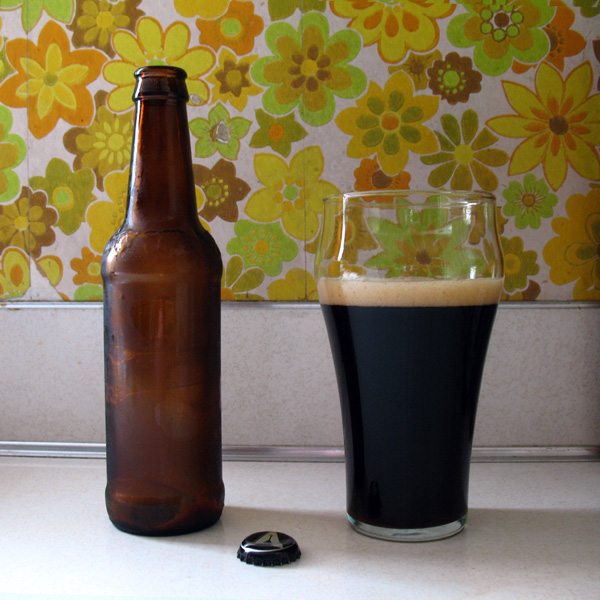 The mouthfeel is pretty smooth, with only a slight bitterness from the hops lingering on the tongue. This bitterness is actually counteracted quite nicely by the sweeter after-tones of the whiskey which was added to the brew. The beer leaves a small amount of lacing on the glass as you drink, but it disappears quickly like the head.

The beer packs a little punch. We calculated that adding the whiskey to the brew brought the %ABV up by about 0.5%. We really don’t know what the %ABV was before the whiskey was added. After a couple of these, you can definitely tell you’ve been drinking. Some people might be turned off by the whiskey flavor that is present in the beer. Personally I think it compliments the other grain flavors from the beer, and the more of these I drink the more I am getting to like the combination.

One note for future beers brewed with wood chips: filter the beer. We have a small filter on the syphon hose we use for bottling, but when you get to the bottom of the glass there are definitely some very tiny wood particles floating around. It is only slightly noticeable while drinking the beer, but we should run the beer through a muslin bag or some other sort of filter in future brews.

Overall I would say that the beer turned out pretty well. Its a dark beer, but doesn’t sit really heavy. The flavors mix together well, and it is a unique taste that keeps growing on me. I would make this beer again in the future, but until then, I’ll just enjoy drinking it.