Again, we put this wine into some Corona bottles, which really shows off the color nicely. They are a pretty bright red color, brighter than I would have expected. There may have been a little artificial coloring in the cherries we used for this wine, or perhaps its natural (I’m not a big wine drinker).

The wine pours with a lot of initial carbonation (Note: as of 4/9/09 this wine is foaming out of the bottle when opened). About half an inch of bubbles appeared on top after pouring, but this calms down quickly – quickly enough that I didn’t get a picture of it after pouring. 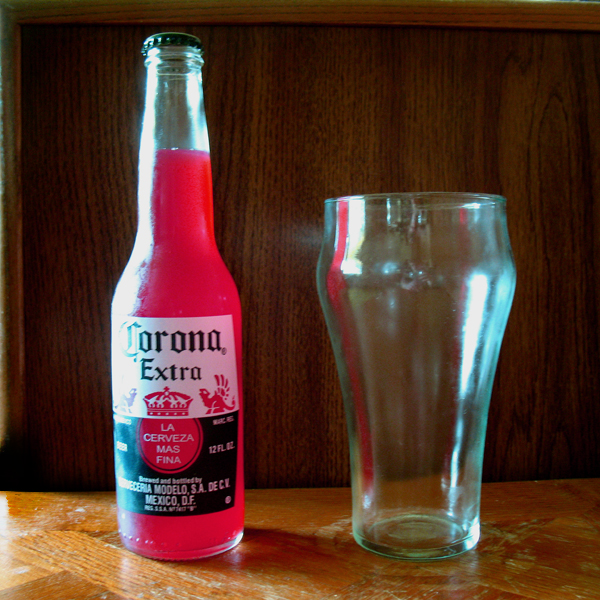 Smells of tart cherries and a little sweetness with a mellow alcohol aroma which all blend nicely together.

The taste is that of mildly tart cherries, with enough sugar to balance it out. We used a white wine yeast which was supposed to leave 2% of the sugars to sweeten the wine. The mouthfeel is very smooth, with a decent amount of carbonation remaining throughout the drink. It is carbonated almost to the point of being a champagne. 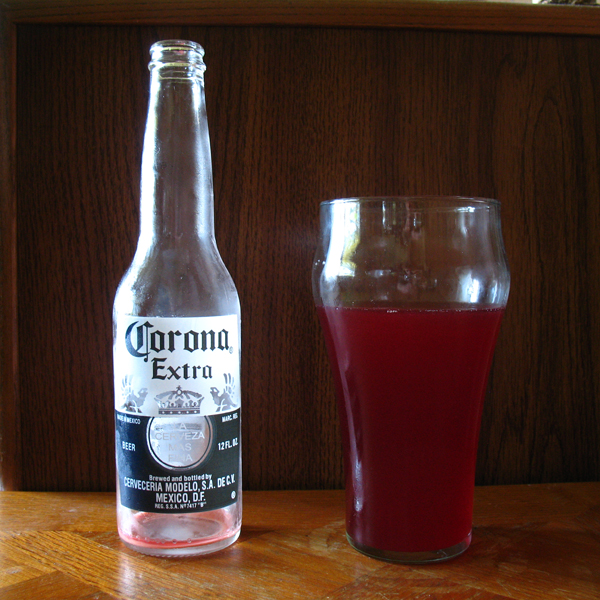 We didn’t add any priming sugar when bottling these, and we had let them sit for two weeks before bottling, so we thought there wouldn’t be much carbonation. Apparently we didn’t let the wine ferment long enough. Because of this, and the exploding Rebel Cider bottles, we think the next wine we make we will allow a longer period before bottling, probably six weeks.

The only other thing that we could do differently in the future is that we could  use fresh cherries. On the other hand, these cherries (which were in pre-packaged containers) were free, so we couldn’t refuse.

I think this wine turned out pretty good. It has a good cherry flavor without too much tartness or sweetness. It is a smooth drink which feels light and bubbles slightly as you drink it. Wouldn’t mind making it again.