After a lagering process of about 7 weeks, the Hose Water Kölsch has been bottled and is drinkable. Initially this beer had no carbonation after bottling. I tried one about a week after I bottled, and there was no head and no bubbles in the beer, felt like a beer that had been sitting out for a day and gone totally flat. I was afraid that the yeast might have died for some reason, which would also account for a higher than expected final gravity. It has been a few more weeks since trying those first bottles, and now I am pleased to say the beer has begun to carbonate a bit. 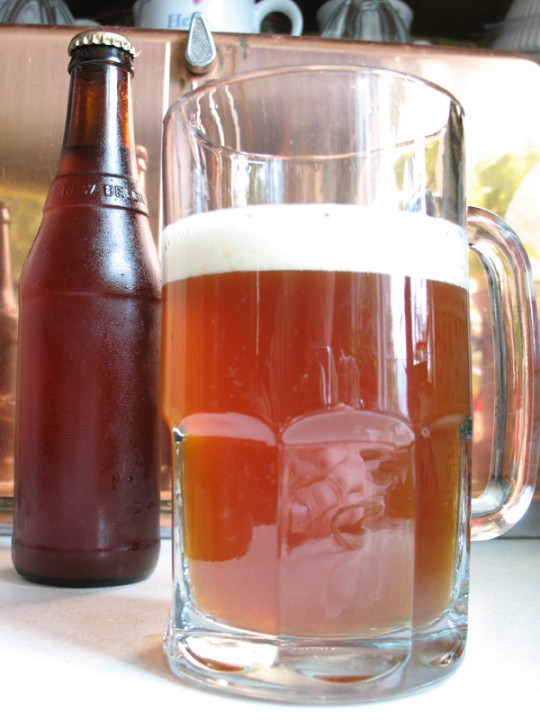 The beer pours out with a nice initial head of almost an inch. The head shrinks quickly after the pour, eventually settling down to a thin film of bubbles at the top of the beer which lasts throughout the drink. Carbonation bite is lacking a bit, I would have liked it to have a crisper carbonation. The level of of carbonation in this beer is maybe similar to something like a heavier beer like a stout or porter.

Sweet malt is the first thing that hits the nose when smelling the Hose Water Kolsch. This is followed by a mild bread smell. Lastly, some of the hops aroma is present, but this is pretty weak. 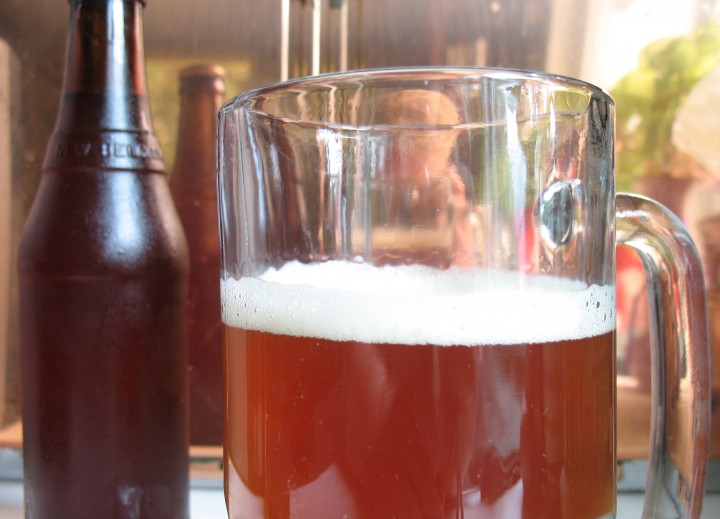 The beer tastes very sweet. The final gravity of this brew turned out to be 1.012, which is the highest I’ve had so far while brewing. The residual sugars in the beer are evident when tasting and drinking. They give the beer a smooth mouthfeel with a little bit of thickness, though still a very drinkable beer which doesn’t sit heavy. Higher sugar content also aids in lacing, and this is one of the stronger foam characteristics of the Hose Water Kolsch. There is nice lacing on the glass which lasts until the end.

The beer needs some more balance in my opinion. It has good malts, but this subordinates the hops presence. It is all sweetness to begin, but after swallowing there is a pleasant amount of bitterness which helps cut the malt on the tongue. I would have liked this hoppy bitterness to be a little more pronounced, or for the malt to be a little more subdued. 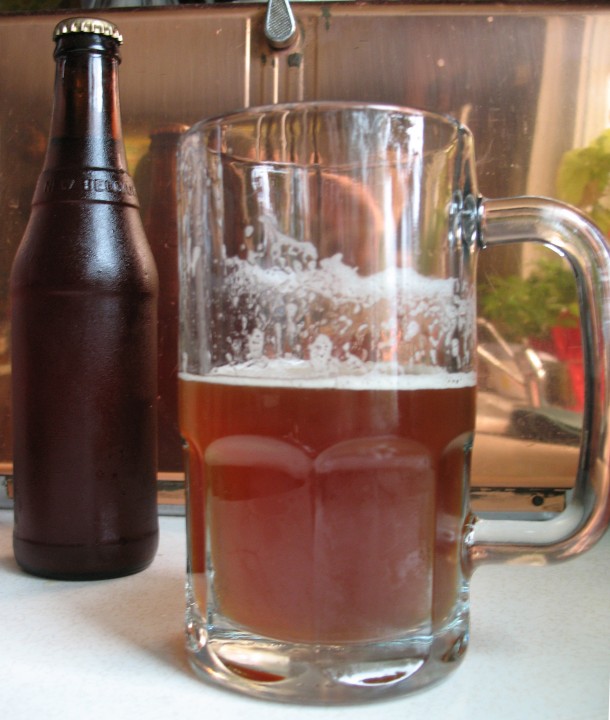 I still think that something might have happened to the beer during fermentation which has affected the final product. The beer should have fermented past 1.012 final gravity, but after letting it lager for several weeks the gravity was unchanging. The temperature was only about 55 F, and there was no sign of infection, so the yeast should have been converting more sugars.

The beer has good flavor in any case. I do like this Kölsch style of beer, an ale that is lagered to make it lighter and more drinkable yet still flavorful. Thought a little unbalanced, I still enjoy this beer at this stage. Two things would improve it, less malt and more carbonation, both of which could be obtained through further fermentation. The excess sugar in the poured beer needs some more time to bottle condition in my opinion. I will let these bottles age for some more time in hopes that they will reach a higher carbonation point. The past three weeks has seen these go from flat to mildly carbonated, so hopefully there is a bit more action left in the yeast to make this beer really shine.